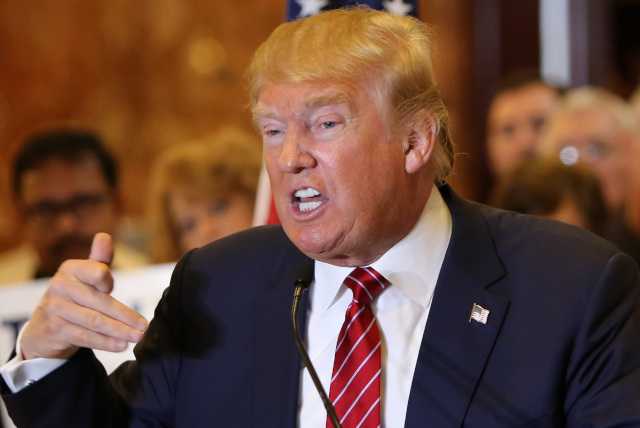 (Rallying Patriots) – Footage has been released by Piers Morgan in promotion of his upcoming series, “Piers Morgan Uncensored,” in which President Trump appears to lose his patience with Morgan during a sit-down interview and demands that the cameras be turned off.

In the footage Trump repeatedly called Morgan “very dishonest” and said he thinks he’s a “fool” for believing the 2020 US presidential election was fair, free, and secure.

Given the amount of hard evidence that’s piling up proving that the election was anything but fair, free, and secure, President Trump is right that only foolish people are the ones still believing that it was.

Morgan wrote an Op-Ed for The U.S. Sun explaining that he had flown to Mar-a-Lago to interview Trump for the first episode of his new show, which premieres Monday.

He recounted that less than 10 minutes before the interview was scheduled to begin, a member of his production team gave him a piece of paper and said, “This is a collection of quotes you’ve apparently said about President Trump in the past two years,” adding, “Someone sent it to him in the last hour, and the quotes are not good. In fact, they’re really bad.”

He said the quotes were “by far the worst things I’d ever said about a man with whom I’d been friends for 15 years, but I felt they were justified when I said them, and I still do now.” The team member informed him Trump was “very upset.”

Morgan requested to speak to Trump before the interview and when he arrived in Trump’s office he was holding the document and asked Morgan, “What the f*** is this?”

Trump went on to read some of the quotes giving pause between them. They included times when Morgan had called him a “supreme narcissist,” “monster,” and “mafia mob boss.”

Who can blame Trump for being upset that these things were said of him by someone who he considered to be a friend?

Morgan said he decided just to own the quotes and told Trump, “I’ve always been critical of you when I’ve felt you deserved it … but as you know, I’ve also written and said many supportive things about you too.” He further pointed out, “This is a one-sided hatchet job designed to stop you doing our interview.”

Morgan said he told Trump, “I don’t intend our interview to be confrontational. … A lot of time has passed since I said those things, and a lot has happened in the meantime.”

He said that after Trump read another quote in which Morgan suggested Trump should be removed from office after the Jan. 6 charade, Trump was ready to cancel the interview altogether but, apparently, was able to be persuaded to continue on after some talk of golf.

The subsequent interview went well during the first 60 or so minutes when the two discussed “everything from Ukraine, [Russian President Vladimir] Putin, Kim Jong-Un and nuclear weapons, to the Royals, transgender athletes, Twitter and Joe Biden.”

However, tensions flared up again after Morgan became determined to press Trump about the 2020 election and the Capitol incident that followed.

“I told him I believe he lost the supposedly ‘rigged, stolen’ election, I repeatedly pointed out his failure to produce any evidence of the widespread voter fraud he insists occurred to rob him of his presidency, and I blamed his refusal to admit defeat for the deadly riots at the Capitol,” Morgan said.

Despite promising that the interview would not be confrontational, Morgan apparently couldn’t stop himself from plunging head first into leftist election talking points.

At this point, Trump had had enough and decided to end the interview. The way Morgan tells it in his Op-Ed is clearly sensationalized and exaggerated. He claims Trump looked “hateful” and was “barking” at the crew to “TURN THE CAMERAS OFF!”

In reality, Trump was frustrated and rightfully so but never lost his cool and flew off the handle. He simply made the decision that the interview was over and requested the cameras be turned off.

There’s no point in arguing with people like Piers Morgan who believe they’re always right no matter what kind of actual evidence they’re faced with.

There are loads and loads of actual evidence proving how leftist state executives usurped the authority of state legislatures to illegally change election procedures, how thousands of people worked as operatives to literally stuff unattended drop boxes with illegally harvested ballots, how Mark Zuckerberg pumped millions and millions of dollars into Democratic strongholds to ensure a Biden “win,” and how the media shamelessly lied, covered-up, and pushed blatant propaganda ahead of the election to keep the American people from knowing the truth about the Biden crime family.

Shame on Piers Morgan for pretending to be a free, critical thinker only to push leftist talking points on the election and Jan. 6 and refusing to even so much as earnestly hear what President Trump had to say.