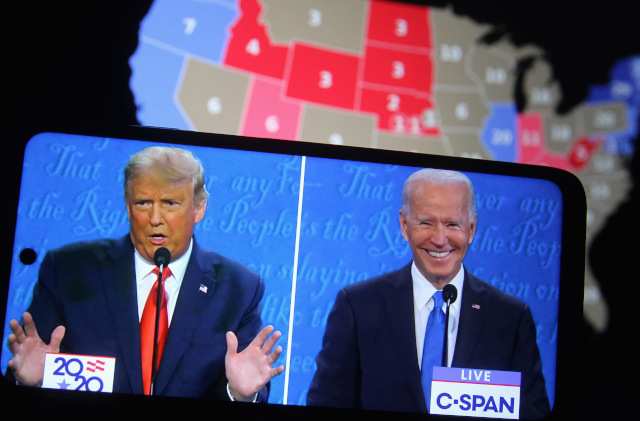 (Rallying Patriots) – Committees in both the House and the Senate are gearing up this to start working on new measures that could change up how presidential election votes are counted and certified. Along with that end goal in mind, these committees could potentially amend the 135-year-old Electoral Count Act and also work toward clarifying what role the vice president plays in the process.

This is yet another attempt by the radical left to try and stack the odds perpetually in favor of the Democratic Party. In case you haven’t figured it out just yet, Democrats want to permanently stay in power so they can completely overhaul the republic we hold so dear and transform it into the false utopian vision of Karl Marx. Which is pure fantasy.

A report hot off the presses of Just the News has revealed that the House Rules Committee is set to do a vote on the Presidential Election Reform Act as early as Thursday of this week. Liz Cheney, a Republican from Wyoming who just lost her bid for reelection to a Trump-backed candidate, along with Zoe Lofgren, a California Democrat, introduced the new plan on Monday.

The legislation is seeking to clarify what role the vice president plays in certifying the results of the election, making it only “ministerial” in nature. The bill will also try to raise standards for senators to make objections to the results of an election.

As you can see, Cheney, a true Republican In Name Only, is working hand-in-hand with the enemies of liberty to make it harder and harder to dispute election results should evidence lead to allegations of election fraud. In other words, she’s working on a bill that would make it more difficult for Americans to defend the integrity of the voting system in the U.S., while making it a heck of a lot easier to get away with cheating in future elections.

“The Senate Rules and Administration Committee announced Friday it will work on a bipartisan bill later this month to revamp the 1887 law and clarify what happens during presidential transitions,” Just the News reported. “Still, both committees have little time to draft final legislation and get it passed, considering there are few legislative days remaining before the Nov. 8 elections that will decide whether Democrats keep their majority in the House and Senate.”

“The chairwoman of the Senate committee, Minnesota Democrat Sen. Amy Klobuchar, and the panel’s top Republican, Missouri Sen. Roy Blunt, say the ‘markup’ of their bill will be on Sept. 27 – just days before the Senate is set to leave Capitol Hill until after the November elections,” the report continued.

Roll Call is also reporting that the Senate bill would increase the threshold that is needed for Congress to consider an objection to a state’s Electoral College votes. It would go from one in each chamber up to one-fifth of the House and the Senate.

In an act of betrayal against the people of the U.S., “Ten GOP senators have reportedly agreed to the upper chamber bill, which would give the Senate’s 50 Democrats the 60 votes needed to at least get a final vote for passage.”

“This raises the prospect of another effort to steal a presidential election, perhaps with another attempt to corrupt Congress’s proceeding to tally electoral votes,” the lawmakers wrote in an op-ed that gave a preview of the new bill in The Wall Street Journal, according to The Washington Times.

Folks, this is nothing more than Cheney giving everyone the finger for not supporting her in her crusade against Trump and the folks involved in the Jan. 6 investigation. It’s a temper tantrum for not winning her primary. She doesn’t get it yet. The time for the establishment is over. Americans have had enough of the status quo, which has done nothing but allow our liberty to slip through the cracks bit by bit for years now.

It’s time for her to just give it up and stop trying to hurt the country she claims to love.