Guess it really does pay to have friends in high places, doesn’t it? Boy, the Bidens, arguably the most corrupt family in American politics, sure do have a lot of connections, don’t they? One of the benefits of having political power is that you can trade for financial favors.

According to a report from The Western Journal, a piece from the New York Post revealed the report in question did not reveal the reason why attorney Kevin Morris would take such incredible measures to clean up the mess left behind by Joe Biden’s wayward son.

The report, which is based on information taken from a “source familiar with conversations between the two,” stated that Morris choked up over $2 million to help square things away with the IRS and is also pumping out cash to support the younger Biden’s luxurious lifestyle in Los Angeles.

Makes you wonder if the Bidens have some dirt on Morris they are using to extort him for money. Or if Morris is wanting to have access to Joe Biden, who is currently occupying the Oval Office.

The Post report then stated that Morris, who is also helping to advise Hunter concerning his art sales, is now being referred to as the younger Biden as his “sugar brother” by his pals.

“The Post was unable to get to the bottom of its source’s story because a visit to Morris’s house ended with the door slammed in their reporter’s face. Morris is an entertainment attorney and novelist. He was a founding member of the firm Morris Yorn Barnes Levine in Los Angeles, which represents multiple celebrities, but is no longer with the firm,” the Western Journal reported.

“Christopher Clark, Hunter Biden’s attorney for criminal issues, said Morris is an ‘attorney and trusted adviser’ to Hunter Biden, according to CBS,” the report continued.

CBS then stated in its report that Morris is “crafting a legal and media strategy for Hunter Biden.”

“Hunter Biden’s complex web of financial deals, including his tax issues, has been under investigation by the U.S. Attorney’s office in Delaware. Further, Republicans have been laying the groundwork to investigate all of the emerging issues related to Hunter Biden if they gain control of the House this fall,” The Western Journal said.

“[D]espite the daily deluge of new information from Hunter’s laptop, there are still many unanswered questions. This is why there must be a thorough Congressional investigation into the Biden crime family as a matter of national security,” Republican Rep. Elise Stefanik of New York stated in an Op-Ed she wrote for the New York Post.

Stefanik then went on to say that members of the GOP who are on the House Judiciary and House Committee on Oversight and Reform have started to put together the pieces as best they can while existing in a world where Democrats have control over both houses of Congress and can essentially block any sort of effort to look into Hunter Biden.

Elise Stefanik: When Republicans take the House, we'll finally get answers about Hunter and Joe Biden https://t.co/Xw1OOXnhxI via @nypost

“Make no mistake, Republicans will hold the Biden crime family and their mainstream media and Big Tech allies accountable,” she said.

“In a Republican majority, we will use our Congressional power of oversight to get to the bottom of this — so every American knows the truth,” the report said in conclusion. 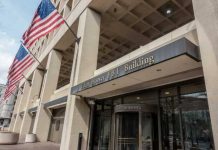