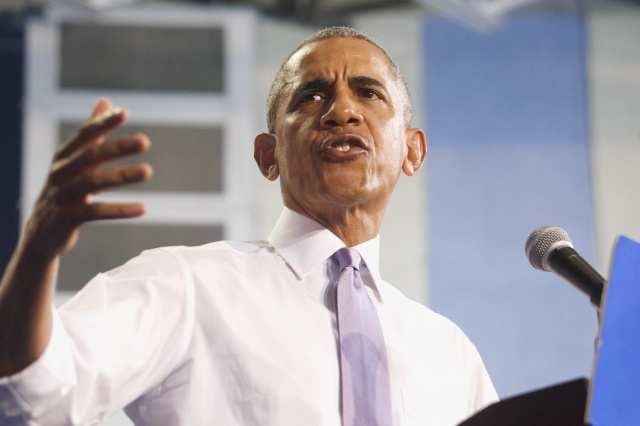 (Rallying Patriots) – If you had any doubt about former President Barack Obama being one of the worst human beings on planet earth, his response to the shooting that took place in Uvalde, Texas this week will surely leave you convinced.

In fact, according to The Western Journal, Obama was given a solid digital smack to the chops by Congresswoman Laruen Boebert after he dared to turn the shooting at the elementary school that left 19 kids and 2 teachers dead into something about George Floyd.

Rather than offer some form of condolences to the parents who lost children during this awful nightmarish situation, he turned the focus on his own pet cause. Because the man is obviously a sociopath who could care less about those suffering from the loss of their children. All that matters is the cause, the agenda, right?

“As we grieve the children of Uvalde today, we should take time to recognize that two years have passed since the murder of George Floyd under the knee of a police officer,” Obama posted on Twitter. “His killing stays with us all to this day, especially those who loved him.”

GOP Rep. Lauren Boebert called the tweet “disgraceful,” which is a perfect description of the former president’s words.

“One of the most disgraceful statements of all time. Comparing the tragic death of young children to Floyd’s death is meant for no other reason other than to illicit outrage. Obama should be ashamed,” she went on to say in her own tweet.

One of the most disgraceful statements of all time.

Comparing the tragic death of young children to Floyd’s death is meant for no other reason other than to illicit outrage.

Obama should be ashamed. https://t.co/JHfjSGYy1c

The thuth is that George Floyd was drug using petty criminal who resisted arrest & ran into a rogue cop who stepped over the line & killed poor George.

Setting sick George over the innocent bodies of 19 precious children is repugnant & evil!https://t.co/m77pZaS4vs

So Obama wants to "remind" us all of George Floyd's death, in the aftermath of the Uvalde school shooting. What an absolute piece of shite he is! But that is the Leftist way: politicize any tragedy, to push their anti-American agenda!

Not a single grieving parent today gives a rip about what happened to Floyd or anyone right now. For crying out loud. This is not the time to be advertising for your favorite activist group. How utterly vile. https://t.co/OhDTxri7cP

This is why I can’t stand Obama. He can’t allow the tragic death of innocent children in Uvalde to overshadow his racial propaganda celebration of Floyd.

Obama is a hateful hate monger, and this is sick. pic.twitter.com/k9a8lRW9r3

“Those babies were truly innocent, he wasn’t. Let’s not put them in the same sentence of a man who’s untimely death was used to unleash a summer’s worth of chaos in the name of faux social justice,” he posted on Twitter, making a reference to protests that raged back in 2020, according to a report from the New York Post.

“I know I’m supposed to give the analysis here, but I really have no words. What utter classlessness from the former president,” he commented.

“Don’t link anything to what happened to these kids down in Texas, particularly what happened in Minneapolis, where no one would ever defend what that police officer did to George Floyd. But what does that have to do with these kids being executed by this bad man?” the Fox News contributor added.