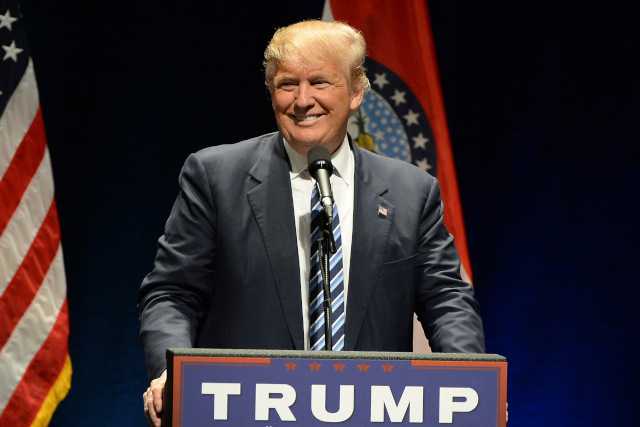 (Rallying Patriots) – As you may recall, after the Jan. 6 incident, which was orchestrated by the FBI, a handful of Republicans completely turned on President Trump and the GOP.

Alaska Senator Lisa Murkowski was one of several GOP RINOs who voted to convict Trump of committing impeachable offenses related to Jan 6, though it was all a big sham from the start.

“By inciting the insurrection and violent events that culminated on January 6, President Trump’s actions and words were not protected free speech,” Murkowski said in a statement at the time.

By the time the vote took place, President Trump had already left office so the RINOs who voted in favor of convicting him were just being vindictive Never-Trumpers.

Setting aside the fact that the entire Jan. 6 incursion was orchestrated by the FBI, President Trump never encouraged his supporters to go be violent. Not even once. As a matter of fact, he told them to be peaceful.

At the conclusion of his speech near the White House prior to the chaos, Trump encouraged those in attendance to march to the Capitol to “peacefully and patriotically make your voices heard.”

Even if you watch his entire speech, you won’t find any instance where he incited any kind of violence. Nonetheless, Murkowski and her fellow RINOs voted to convict Trump.

Now, Murkowski is facing Trump-backed Republican Kelly Tshibaka for her Senate seat and Tshibaka believes Murkowski is completely out of touch with Alaskans.

President Trump won the state by double digits in 2020 and yet Murkowski ignored her constituents completely when she turned on him, much like Liz Cheney did to her Wyoming constituents.

“Everywhere I have been in Alaska over the past year, people have told me the same thing: It’s time for a change,” Tshibaka said in a statement after filing to run against the RINO incumbent.

“Whether it’s in rural Alaska or a city, no matter a person’s race, age, or gender, no matter if they’re retired, working, unemployed, or a stay-at-home mom or dad, people all feel the same way. Lisa Murkowski has forgotten all about them because she cares more about her popularity among the Washington, D.C. elites,” she said.

Today, I formally filed as a candidate for U.S. Senate in Alaska, taking on Lisa Murkowski, who has turned her back on the state. It’s time for a change. Check out my statement ⬇️ https://t.co/E7ltySqOkc pic.twitter.com/0hYS6FZMxX

Murkowski has made it very clear that she no longer cares what the people of Alaska want. She most recently voted with the Democrats to confirm far-left radical Ketanji Brown Jackson to the US Supreme Court last week.

Every member of the GOP voted against Jackson with the exception of Murkowski, Susan Collins of Maine and Mitt Romney of Utah.

Unsurprisingly, Murkowski also sided with Democrats in 2018 when she opposed the confirmation of Supreme Court Justice Brett Kavanaugh. At that time, she was the only GOP member to take that stance.

In 2017, she voted with Democrats against the repeal of the unpopular and disastrous Obamacare.

She was one of only four Republicans to vote for the confirmation of leftist Deb Haaland as Interior Secretary in March 2021 despite Haaland being on record saying she is opposed to drilling in the Arctic National Wildlife Reserve in Alaska, a portion of which had been opened for development under Trump.

Murkowski even voiced her supposed concerns over Haaland’s position on drilling in Alaska just before giving her an affirmative vote.

“So I am going to place my trust in Representative Haaland and her team despite some very real misgivings,” the Senator said.

So as you can see, she has been stabbing her constituents in the back for years.

Of course, within months of taking office, Haaland issued an order halting all oil exploration activities in ANWR, citing “alleged legal deficiencies” and an “insufficient analysis” of the environmental impact.

Further, according to Reuters, in January the Interior Department also halted plans to expand leasing and development of the National Petroleum Reserve in Alaska. This came despite oil and gas production falling to a 43-year-low in 2020.

“These are not the votes that a senator from Alaska should be casting,” the candidate told The Associated Press.

“Murkowski has made poor decisions like this over and over, and we, the people of Alaska, continue to pay the price for her popularity in Washington, D.C.”

It’s always great to be on Steve Bannon’s War Room. This time we talk about how Alaska has felt the effects of Lisa Murkowski’s Liberal decisions that always put the people of our state last. pic.twitter.com/VUA5yzcT3J

In March of 2021, the Alaska Republican Party voted to censure Murkowski and listed all of the aforementioned actions she has taken against the interests of her own party and constituents. The ARP also vowed to find a primary challenger to go up against her.

Last summer, President Trump himself promised to campaign against Murkowski.

“Senator Lisa Murkowski has cost the great people of Alaska billions and billions of dollars by voting for Radical Left Biden appointees, which in turn led to the revocation of ANWR drilling, which Alaskans have been fighting to see happen for six decades,” the 45th president said in a statement at the time.

“Not only did Murkowski kill the biggest economic stimulant for the State, but also one of the biggest energy producing sites in the world,” he continued.

“She’s the best friend Washington Democrats ever had — and Alaska’s reward for that betrayal is an empowered Left coming after their wealth and jobs,” Trump said.

“I think she will be met very harshly by the Alaska voters in [the midterm elections], and I will be there to campaign against her!” he said.

Murkowski declared herself to be a Never-Trumper very early on and now that’s going to come back and bite her. Whether she, or any other RINO, likes it or not, President Trump is wildly popular across the US, especially in Alaska.