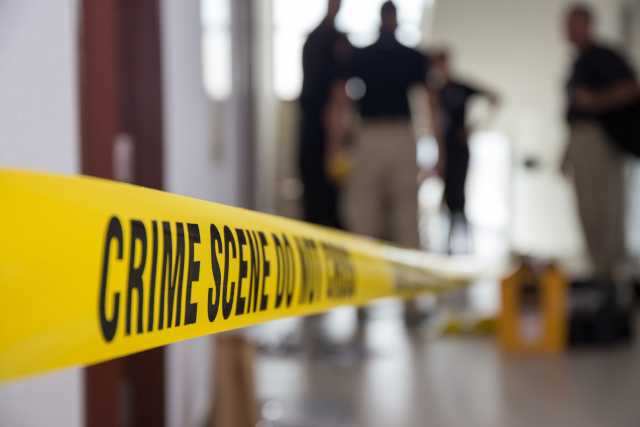 When the police discovered his body he was in an advanced state of decay and an identification could not be made.

Police were called to the 77-year-old’s Derby, Connecticut, home at the request of a friend of Hoffenberg. Police say they are now waiting on dental records to confirm the corpse in Hoffenberg but there’s no reason to believe it isn’t.

“Every indication is that it is Mr. Hoffenberg,” a Derby Police Department spokesman said. “There’s nothing to suggest that it isn’t. We believe it’s him. We’re just waiting for dental records.”

The police have not reported a cause of death but have said there are no signs of trauma to his body.

In a statement posted to Facebook, police said the body was found “in a state where a visual identification could not be made.”

Hoffenberg claimed that Epstein was his accomplice in the scheme he ran through his Towers Financial Corp.

The Late Steven Hoffenberg:
"He was my best friend for years. My closest friend for years," Hoffenberg told CBS News, speaking of Jeffrey Epstein. "We ran a team of people on Wall Street, investment people that raised these billion dollars illegally. He was my guy, my wingman." pic.twitter.com/WBuDLcH340

Epstein was the mastermind of that Ponzi Scheme and, while Hoffenberg went to prison for that and related financial crimes, Epstein instead got involved with Clinton presidential fundraisers.

Crime that pays is crime that stays https://t.co/qfAP6yPwj6

Hoffenberg pleaded guilty to the scheme in 1995 and was sentenced to 20 years in prison. During that time, Epstein ran a major sex-trafficking operation among the world’s elites complete with a private jet and private island. Epstein worked with Ghislaine Maxwell who has been recently convicted for her part.

In an August 2018 lawsuit, Tower investors claimed that Epstein “knowingly and intentionally utilized funds he fraudulently diverted and obtained from this massive Ponzi scheme for his own personal use to support a lavish lifestyle.”

“He was my colleague daily, seven days a week,” Hoffenberg said of Epstein in a 2019 interview in Quartz.

Hoffenberg was also briefly the court-appointed manager of the New York Post from January to March of 1993, rescuing the paper from bankruptcy. It was major news at the time and was announced in an iconic Post cover that read, “Last-minute deal saves The Paper…Hoffenberg Saves The Post,” calling him the paper’s “white knight.”

The staff, however, rebelled against Hoffenberg and the paper was handed over to Abe Hirschfeld for a short time before being bought by its current owner, Rupert Murdoch.

Hoffenberg was a former resident of Trump Tower and even backed Donald Trump’s 2016 presidential run before withdrawing his support. Hoffenberg told Quartz that he became a born-again Christian while in prison.

We may never know the truth about Epstein’s mysterious fortune that allowed him to become a pimp for the world’s rich and famous but Hoffenberg was likely a key link to it. Hoffenberg was as shady as Epstein and now he’s died alone in his Connecticut home, disgraced.