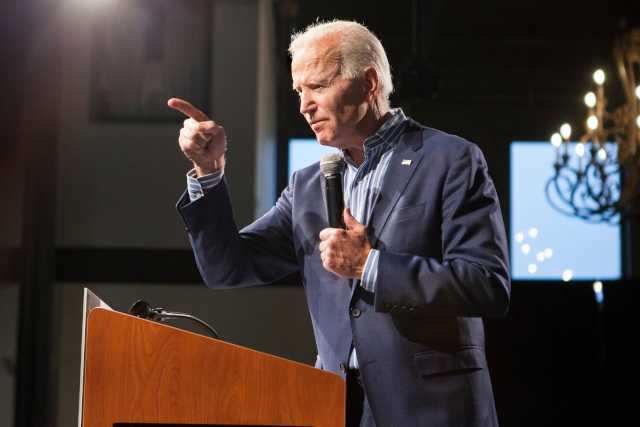 (Rallying Patriots) – It was only a few days ago when Joe Biden managed to fall off his bike — while it was stationary — but he’s wasted absolutely no time at all in firing off more gaffes.

And yet, there are honestly people in this country — mostly liberals — who do not think that this man has some form of dementia going on? Seriously? Where are you shoving your head in order to ignore the mountain of evidence that suggests otherwise? It must be a wonderful place because you’ve been there for so long now.

According to the Western Journal, a report from CNN said that Biden paid a visit earlier this week to a vaccination clinic in D.C., in order to celebrate the jab being made available for kids under five, which, of course, is a huge mistake, but hey, why not compound the misery of the American people under the current regime and go for it anyway?

During the event, Biden went on to brag about how the United States was the only nation in the world to be offering the vaccine to kids in this age group.

You’d think, given the fact no other country has done this, would raise a red flag and make the powers that be in the administration wonder why that’s the case? That, apparently, would be asking for Biden to apply common sense to the issue of vaccines and that is simply not going to happen.

Given the fact this age group is actually the one that is at the lowest risk for major issues related to the coronavirus, the whole thing seems unnecessary.

What’s worse, is this isn’t the worst thing the man said that day.

“While speaking to a group of parents and children at the clinic, Biden tried to identify Dr. Ashish Jha, who serves as the Biden administration’s COVID response coordinator,” the WJ report stated.

“You see Dr. Jha, see that guy right there?” Biden went on to say during the event. “He’s the guy that’s running the CDC for me these days, basically.”

BIDEN: "You see Dr. Jha, see that guy right there? He's the guy that's running the CDC for me these days."

Rochelle Walensky is the director of the CDC. Ashish Jha is Biden's COVID response coordinator. pic.twitter.com/vmD1H4a1xk

That was painful to watch, wasn’t it?

“The current director of the CDC is Rochelle Walensky, according to its official website. In saying that Jha is ‘running’ the CDC, Biden made one of two mistakes, neither of which inspire confidence,” the report said.

“The first possibility is that Biden does not know who his CDC director is. This may seem outlandish, but given Biden’s propensity to misidentify seemingly obvious people, it very well may be the case,” the report continued.

The next option is that Biden actually said the quiet part aloud, admitting that Jha is actually the one making the decisions for the CDC right now, despite the fact he’s not actually in a position to do so.

If what Biden meant was that he was allowing Jha to run the whole CDC, then he would technically be admitting to the fact that his response coordinator for one illness is now making decisions for the organization as a whole.

It should go without saying, but that’s not appropriate in the slightest, however, since we’ve seen repeated attempts by Biden to politically weaponize COVID, it’s a possibility. 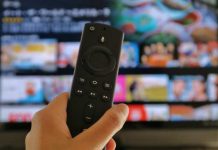