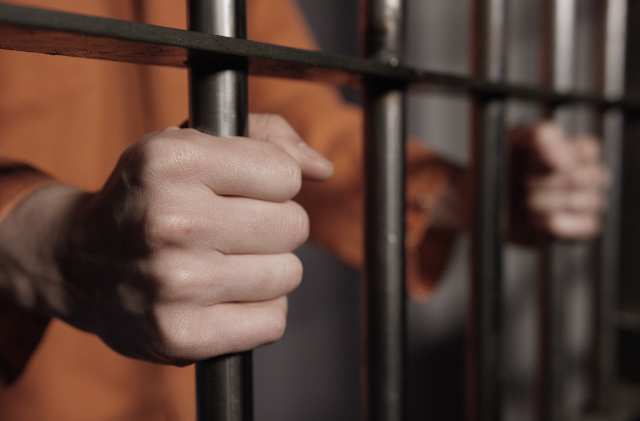 (Rallying Patriots) – A sheriff’s deputy who has become a political prisoner due to his alleged involvement in the civil unrest that occurred at the Capitol building on Jan. 6, 2021, was further violated by being given a faceful of mace at the DC prison holding those involved in the incident, simply for removing his mask to take his medicine.

The left treats actual terrorists, you know, the radical kind that take down buildings with jet planes, better than the Americans they are essentially holding hostage. It’s shameful. And that’s putting it mildly. There aren’t enough words to describe the kind of betrayal these folks in the “gulag” have suffered through.

According to the Gateway Pundit, the Tennessee man was tossed in a cell, still covered in the irritating spray, for over eight hours of agony, unable to decontaminate himself or rinse off his burning skin. Again, would a Muslim terrorist be treated in such a fashion? Not without the bleeding hearts crying foul at the top of their lungs. Yet they allowed this poor man to suffer without a second thought. Horrible.

“Ronald Colton McAbee was employed by the Williamson County Sheriff’s Office in Tennessee before he became a political prisoner of the Biden Regime. He has been detained for over a year as he awaits trial with a date set for September of 2023. According to multiple witnesses in the Gulag, McAbee was assaulted by Lieutenant Crystal Lancaster, a guard in the prison with an alleged past of mistreating January 6th defendants,” the report continued.

Sherriff
Ronald Colton McAbee is a poltical prisoner for protesting a rigged election. They maced yesterday for takeing off his mask to take his medication then put him in a cell 8 hours and couldnt wash the mace off. pic.twitter.com/zuIH6jfT8I

If that’s not enough to make steam blow out of your ears, here’s another account of a J6 prisoner concerning an assault that will absolutely leave your heart shattered.

“Two good men, Ronald McAbee and Ronald Sandlin have been pepper sprayed and assaulted and taken to the hole. Mr. McAbee was attempting to get his morning medication when one Lt. Lancaster assaulted him and sprayed him with OC spray. This is the type of thing we are used to here in C2B of the DC Gulag. Staff assaults. Violence under color of authority. We are considered and called insurrectionists by the staff here. One thing is for certain- they will be back. It is getting to the point where they are going to push too far. We need prayers for the men in the hole, for their families. For a quick end to this persecution of the American people. We are alone, a thousand miles from home and all we have is each other. We are willing to fight. #justice 4J6,” the account revealed.

Here’s a screenshot from yet another political prisoner from the J6 incident. Here’s another and another.

Another prisoner also witnessed the abuse taking place in the prison.

“We are currently on lockdown. Today has been another day of physical abuse and violence toward us in here. This time Lt. Lancaster shoved Ronald McAbee and then maced him in the face for only attempting to get his morning meds at roughly 11:45am from the nurse without wearing a mask,” the witness stated.

The witness continued, “McAbee was taking medication and then walking back to his cell when Lt. Lancaster assaulted him for not wearing a mask! Then she kept spraying him in the face and people in here were yelling at her to stop! She sprayed him a second time while he was being cuffed.”

“He was nonviolent and not combative. Lt. Lancaster gave him no warning and never called for assistance as she is mandated to do before she sprayed him with the ‘dangerous/deadly’ weapon so many Jan 6ers are charged with. After that happened she called over the radio for assistance which created a flood of Officers coming through the door. They quickly arrested 3 other men along with McAbee,” the witness added.

All of that because he didn’t have his mask on. Seems a bit excessive, doesn’t it? Almost like the folks working within this prison are enjoying the brutality they are dishing out on alleged J6 suspects. That’s not how the justice system is supposed to work.

“Although the Biden Regime has put mask mandates on hold until after the November election, the DC Gulag is still torturing the January 6th political prisoners with these unconstitutional mandates,” Tina Ryan of Citizens Against Political Persecution remarked concerning the stories of abuse that are coming out of the prison.

The J6 prisoners have revealed that they are required to leave their masks on at all times, the only exceptions being when they are eating and drinking. However, they are required to put the mask back up after taking a bite of food or a sip of a drink. If they don’t follow these ridiculously strict rules, they get a faceful of mace and down into the hole they go.

Advocates for these political prisoners have stated that Brian Mock was actually put in the hole for months after a similar incident happened to him this past Veteran’s Day.

These individuals clearly hate former President Donald Trump with a passion. That much is obvious. But you have to wonder if they are being told to treat these people like this from folks who are above their pay grade. Wouldn’t be surprising if that were the case. To the left, punishing Trump’s supporters is the same as punishing him. They truly do enjoy the feeling of power they get from hurting others.

“Because the January 6th prisoners are pre-trial detainees, they are technically in the care of the US Marshal Service, not the DC Department of Corrections. Guards can ultimately be held accountable by the Marshals. (We at the Gateway Pundit have had mixed success dealing with these Marshals, as some are good people and others completely uninterested in helping out.) *Please scroll down to see how you can help by contacting the US Marshals,” the report continued.

“According to the Department of Injustice and the leftist viewpoint of January 6th, pepper or OC spray is a deadly or dangerous weapon only when being carried by a Trump supporter. Many men literally face years in prison and are being charged with “assault with a deadly weapon” for carrying pepper spray on January 6th! Yet this same weapon (in an even more potent form) is called ‘non-lethal force’ and ‘safe’ at DC Gitmo where prisoners are maced for not wearing face masks! Talk about a double standard,” the Gateway Pundit said.

Let’s hope these injustices are soon made right and those who are being held for no good reason are released to be back home with their families.